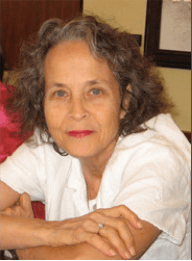 District 17 (Lee, Bastrop, Caldwell, Gonzales and Karnes counties)? Election day is Tuesday, January 6th.
Neither do the voters in HD 17. This is why our own Linda Curtis jumped into this race to run as an independent for the Texas House of Representatives. Linda says,

“This stunt was pulled to replace House Speaker Joe Straus’ water boy — Tim Kleinschmidt — with the Republican Party establishment’s choice to front for the real estate lobby. You all know by now that the intent of Republican insiders (and some key Democrats who are looking the other way) is to grab HD 17’s groundwater to fuel unfettered growth that is driving unaffordability in central Texas.”

Thanks to the antics of our outgoing Governor, who called an election with 3 weeks notice in the middle of the Christmas holidays, the door is open in a 5-way race (two Ds, two Rs and one independent) for Linda Curtis to make history being elected as an independent to the Texas House.

Can you envision Linda walking into the Capitol to take on the big corporate lobbies that are running roughshod over Texans of all persuasions?

You can help Linda by reaching folks who live in HD 17 and donating to her campaign.

Check out this wild election at Linda’s site and share it with your HD 17 voting friends.
Happy Holidays y’all. Don’t let them get away with it!
Brian Rodgers
ChangeAustin.org
PS So few people know that there is an election happening, Linda could win this with a few thousand votes. If that happens, maybe the next Governor won’t even consider pulling an election stunt like this.
← Vote on Tuesday, Austin…or Else!
Local control in the crosshairs, come to Bastrop Saturday! →