Griddy is back! Come to the Capitol this Tuesday, March 5th.

Watch this short video and join us change agents from across Texas this Tuesday at the Capitol.

The League of Independent Voters is bringing together folks across party lines — especially non-aligned, independent voters — to protect land, our water, our democracy.

ChangeAustin’s website is online for historical purposes. We tried to warn Austin about the problems of growing the city too fast. That barn door has been open far too wide and far too long for ‘making growth pay for itself.’ So, what do we do now?

LIV is developing and cultivating the independent, non-aligned voter. They’re in the tool-kit business.

The battle for the HOT tax is ON at City Hall today in Item 60. Please contact the City

Council, especially the Mayor to tell them you support Item 60 and oppose the Mayor’s Item 101.

You might have already seen this flier produced by Save Our Springs Alliance. SOS is part of a growing movement of Austinites who want the $90 million per year, and growing, revenue from Hotel Occupancy Taxes (taxes which can only be spent on tourism) to be spent on things that make Austin so attractive to tourists – Barton Springs, parks, live music, local art…rather than a grandiose and hugely expensive expansion of the city’s convention center as desired by some members of the Austin City Council.

Our convention center already loses $25 million annually but only drives 2% of local tourism. That’s right, 98% of the tourists visit Austin for the same reasons we love the place, yet the convention center sucks up all of the money like a Hoover.

You can help score a win for the Austin community —and what makes Austin unique —- by winning approval of Item 60 on 1he council meeting agenda sponsored by Mayor Pro Tem Kathie Tovo (District 9),and Council Members Leslie Pool (District 7), Ann Kitchen (District 5), and Ellen Troxclair (District 8).

Go down to City Hall today anytime after 4 pm OR contact your Councilmember and the Mayor – Austin residents only, please. Tell them you support Item 60 and you DON’T support the Mayor’s Item 101 (on the addendum). Read Item 60 right here.

Here’s where you can reach the Mayor and Council.

Want the deep dive on this issue, keep reading…

Mayor Steve Adler has posted a counter-attack on Item 60 to which Council members Troxclair, Kitchen and Pool have responded. It’s interesting for those of you who are following battles over HOT funds. It appears to us that the Mayor is using the homeless problem in Austin to advocate for the Convention Center – an amenity that truthfully benefits the downtown hotels far more than Austin’s local businesses and community, and most assuredly does not benefit homeless people.

It appears to us that the only “homeless solution” the resolution threatens is the one the Mayor is trying to sell: the unlikely promise that committing $1.5 to $2 billion in HOT funds over the next 25 years to expand the convention center will result in the creation of a “Tourism Public Improvement District”, whose members “might” vote to dedicate $4 million per year to homelessness through 2021.

Bottom line is that the City is prohibited by law from dedicating funds to homeless needs from the HOT tax, regardless of whether we expand the convention center or not.  The Mayor’s “what if’s” are seriously misleading on this issue. It should not be tolerated by Austinites — including and especially homeless folks!

The Mayor also argues that the Item 60 resolution, if approved, would threaten funds for the MACC (Emma Barrientos Mexican American Cultural Center), the Red River District, etc.  This is nonsense on its face. If Austin doesn’t throw $1.5 to $2 billion into a black hole of convention center expansion, MORE funds will be available to do all of these historic preservation, arts, culture, parks projects…not LESS.

You can read the back and forth here on the Council forum page.

The following article is from the Austin Monitor:
Grove affordable housing plan explained 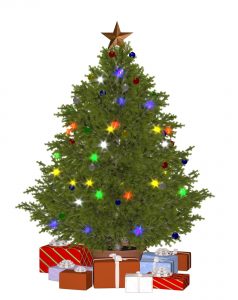 If approved on third reading, the new plan for affordable housing for the Grove at Shoal Creek will not only increase the amount of affordable housing available but will also save Austin Water more than $5.3 million over 20 years. These changes are due in large part to a lawsuit filed by local activist Brian Rodgers related to the Pilot Knob planned unit development. Read the rest here.

ChangeAustin.org – together with a lot of great people from all persuasions across the city — passed 10-1 in 2012.

It resulted in a hotly contested 2014 Council election and a geographically and otherwise diverse new council that gave us hope. But we know the real deal on 10-1. It was only a matter of time for the dust to settle in and it has. The real estate lobby – we call them “The Growth Machine” – is still very much in control of Austin.

We wrote to you on August 6th here about an important lawsuit initiated by Brian challenging Mayor Steve Adler’s lead on the Pilot Knob fee fiasco. We will soon see what a court of law thinks about the legality of diverting $80M in water impact fees away from their designated purpose – to help pay for growth – plus the brazen violations of the Texas Open Meetings Act.

Mayor Adler has been meeting from day one with San Antonio Mayor Ivy Taylor to discuss what they can do together to “build a megalopolis” between the two cities. Austinites, San Antonians, Hays Countians and hundreds of thousands who live along the IH-35 growth corridor and still more to our east in Lee, Bastrop, Milam and Burleson counties have a real problem with that. It’s a huge drain on our water and our collective wallets.

There is a gold rush on the aquifer to our east – a slow (very) recharge aquifer called the Simsboro formation of the Carrizo-Wilcox aquifer. Water wars continue about a plan to pipe it to help pave over Hays County and the fast-recharge and sensitive zones of the mighty Edwards Aquifer. (Have you watched the 17-minute “I Oppose the San Antone Hose” video here?)

What Can You DO?

ChangeAustin and Independent Texans are both political action committees that welcome folks of all party persuasions. Please consider signing up at Independent Texans to receive their email alerts too. You can do that with a simple reply with “add me” in the subject line or the email itself or go here to sign up.

Attorneys Bill Aleshire and Roger Borgelt, on behalf of their client Brian Rodgers, filed an amended

petition to a lawsuit against the City of Austin on the Pilot Knob deal.

Bill Aleshire, former Travis County Judge said, “The Mayor and Council are about to do the same thing this Thursday with the Grove as they did with Pilot Knob — hide its actions with agenda wording that just says it’s a zoning case.  Brian Rodgers sued them over Pilot Knob, and we’ll be adding The Grove to the suit and asking a court to declare their action void.”

When Rodgers blew the whistle back in February on how Austin Mayor Steve Adler and City Manager Marc Ott misled Council with an improper posting of the Pilot Knob PUD (Public Utility District) as only a “zoning” item, it contained tens of millions in undisclosed fee waivers and no fiscal note — plus exemptions from other city ordinances without proper notice.  Rodgers’ attorneys, Bill Aleshire and Roger Borgelt have now amended the suit to challenge the legality of water and wastewater impact fee waivers under state law to:

The Mayor has stated his wish to amass $300 million from impact fees as a discretionary source of funding for affordable housing.  Not only do we claim that this is illegal, it’s just plain wrong to divert money from the Austin Water Utility and its ratepayers.  Even if you can stomach the open government violations Adler and Ott pulled on this “deal” – to raid the water utility of $81M in impact fees it needs to pay down its debt and to keep water rates reasonable – Pilot Knob is a ripoff of affordable housing. The feds and, even the miserly state of Texas, require far more of developers than this Mayor dealt the developers.