Former Travis County Judge Bill Aleshire sent us this note today, “When deciding whether to grant tax incentives, the right answer comes from asking the right questions. Our elected officials should be asking these questions: How will this tax gift to Schwab make Austin more affordable for people who must pay taxes? Will those taxpayers be safer, healthier, or better off if you vote for the Schwab tax gift?”

To his credit, last Tuesday Commissioner Ron Davis asked Schwab, “Why haven’t you gone to the City of Austin since this project is in the city?” Of course, he got no answer. But we already know the answer, don’t we? Four of the seven City Council members are running in this election. Schwab wanted a no risk deal. In all likelihood, they’ve got their votes before new commissioners take office next year.

The public hasn’t even seen the contract yet, people! The real estate lobby, represented by Pete Winstead last Tuesday, and their minions in public office, are telling Austin residents in so many words to go to hell. Why? Because they can and because they cannot control their greed. But they do this at a risk.

The plunder of Austin is what gave rise to the 10-1 movement. We should know, since we started it.

But whether this turns into a true full-on voter revolt in November when we elect the new Austin City Council, is totally up to YOU – Austin voters.

STAY TUNED and GET INVOLVED now!
We have asked all the candidates running for Council and Mayor to tell us
how they would vote on the Schwab deal if it came to Council.

We will share the candidate responses next Tuesday with you and media at Commissioners Court.

If you can make it down to the Commissioners Cour 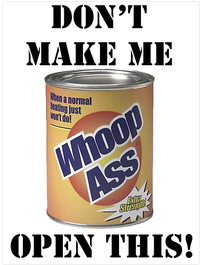