See the light green area?  That’s 735 acres of parkland that the City Council & Mayor are rushing to hand over to private interests for two high-end golf courses until the year 2105. It’s an area twice as big as Zilker Park and larger than Mueller.

They want to ram it thru on November 20th. Email the Mayor & Council: Hell No to the Decker Lake Golf Courses! 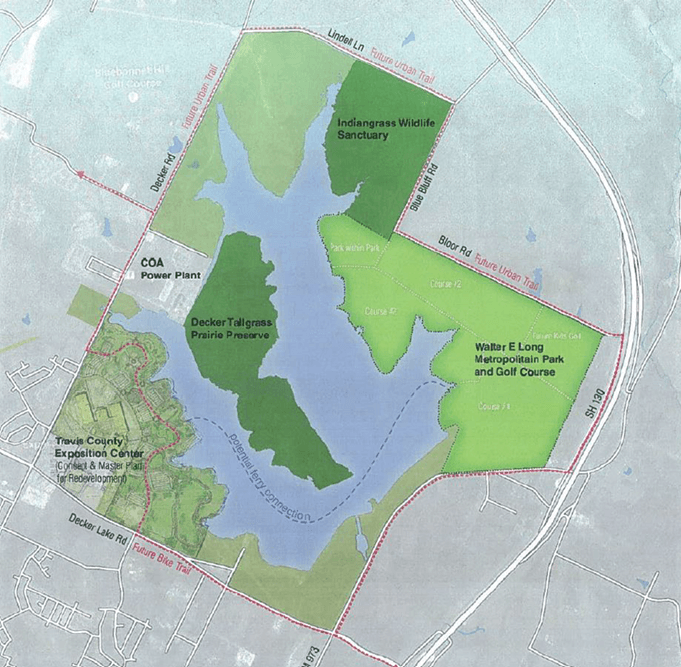 “A golf course closes every 48 hours in this country. Golf is dying on a limb.”
NBC Sports Anchor David Briggs

“Golf has been a crummy business for a long time,” said Paul Swinand, an analyst at Morningstar Inc. in Chicago.

Bloomberg quoted the National Golf Foundation as saying 200,000 players ages 35 and younger “abandoned the game” over the past year.

The City of Austin just bought the Grey Rock Golf Club in March for $9.8 million in Circle C and our municipal courses are running at only 35-40% capacity. Why give up precious parkland for a declining sport?

PS  We helped bring you 10-1 to stop these farcical giveaways. Polls are open from 7 to 7 and you can now vote at any location!

Use it or lose it on Tuesday, Austin!
Change Austin Scorecard

← Steal this election for Austin!
Don’t let them take our parkland. →