Though the vote on Tuesday by the Travis County Commissioners Court was no surprise (4 to 1 for the Schwab deal), what did take us by surpr 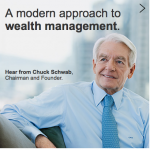 ise was the sleight of hand by the Court majority on the Schwab “claw back” clause. Austin media missed it too!

A claw back clause is supposed to protect the taxpayers by requiring companies who take public dollars and promise x, y and z, actually meet those promises. If they don’t, they have to give the money back.

Thanks to the due diligence of local developer, Ed Wendler, Jr., a longtime proponent of tax incentive reform, we got to see these magicians at the County in full action and they’re on tape!

Here’s how it went down.

In his testimony, Wendler raises the issue of the claw back stating that it’s there but it’s gutted because it’s only good for years 6 through 10. What about the first five years of the contract? It ain’t there, folks!

Then Commissioner Gerald Daugherty steps in and asks Schwab (not the County Attorney mind you), what their opinion is! What do you think they’re going to tell you, Gerald? Schwab’s response, “it’s ridiculous”.

Former Mayor Bruce Todd, who was appointed by Biscoe to temporarily fill the vacancy in Precinct 2 when Sarah Eckhardt decided to run for County Judge, completed the trick stating that the County needed to keep its word. Hmmm…where have we heard that one before?

Wendler’s most important testimony: giving these incentives in the midst of unparalleled growth is inflationary.

You warned them, Ed.

Now our only question is whether YOU, Austin voters, are ready to claw back our city!

Here’s what some of the candidates for City Council said when we asked them what they would do if the Schwab incentive came to the Austin City Council.

← Will Austin Voters Open Up a Can of Whoopass?
Tell us what YOU think, Austin! →