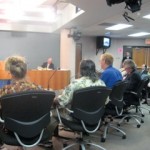 We first met our friend, Bill Oakey, back in 2009 when he just showed up to join us in testifying  before the Travis County Commissioners Court about the unfair burden of property taxes on Austin residents.  A version of this paper was recently printed in the Austin American-Statesman.  Many thanks Bill, for all you do for Austin!  Linda and Brian, ChangeAustin.org (ps LIKE and SHARE this y’all!)

Austin is no longer a stepchild to Dallas or Houston.  And its closer neighbor, San Antonio, barely registers on the national radar scene compared to Austin.  The capital City now boasts F1, the X Games, South By Southwest, and a booming economy that appears unstoppable.  But wait, can any City experience too much of a good thing?  Could Austin somehow become a victim of its own success?  Not only is such a scenario possible, but many observers find it to be frighteningly probable.  By reviewing numerous published articles, editorials and data, both local and national, one can find compelling evidence that Austin is becoming so unaffordable so rapidly that we may be headed for another boom and bust cycle.

While that may sound like a strong statement to make, consider this.  Austin has risen from the nation’s 17th largest city in 2000, to 11th this year, according to U.S. Census figures.  The explosive growth has brought crushing demands on infrastructure and public services, along with a seller’s market for housing.  Property taxes have risen 38% since 2003.  Rents have risen 49%.  The median sales price for a home has increased from $159,000 to $225,000 in the same period.  These figures do not take into account that many Central Austin neighborhoods have seen home prices well above $300,000 or higher since the late 90’s.  And yet, median income in Austin, adjusted for inflation, has stayed virtually flat since 2000. (Austin American-Statesman, August 10, 2013).

Both Forbes and Bloomberg have named Austin America’s current top boomtown.  But boom and bust cycles are all too familiar to anyone who lived in Austin during the 1980’s savings and loan collapse and subsequent real estate crash.  Residents who moved into suburban municipal utility districts, or MUD’s as they were called, found themselves in a financial quagmire.  These MUD’s were legally chartered taxing entities.  During the 1980’s heyday of speculative land-flipping, some lots were bought and sold more than once in the same day.

The savings and loans would lend to almost anybody who came through the door.  So, new subdivisions sprang up around Austin like mushrooms after a spring rain.  The assumption for the homebuyers was that a large number of newcomers would populate the subdivision, making the individual tax burden sustainable.  But once the market crash occurred, it was no longer the land that got flipped.  The homebuyers found themselves upside down on their mortgages, meaning their homes were worth much less than their outstanding loans.  The solution for multitudes of new residents was to simply march into the loan office and lay their house keys on the table.  Then they just walked away.  It took until the mid 90’s for Austin to recover.

Fast forward to the Great Recession of 2008.  We all know what happened, and we all know that he bankers and brokers learned nothing form the crash of the 1980’s.  Today you can go online and do a search for “bogus assignee.”  Actual mortgage papers were filed with county clerk’s offices, with forged signatures.  In some cases the words “Bogus Assignee” even appear on the documents.  The CBS program “60 Minutes” aired a segment where a fictitious person named “Linda Green” signed thousands of mortgage documents in a warehouse.  The young students who forged her name were paid by the hour, most likely with incentive quotas.

But all of that is behind us now, right?  The economic recovery is well underway.  Home values are on the rise for the first time in several years.  And no place on earth is riding the real estate boom faster than Austin, Texas.  Estimates of the number of new people moving here every single day vary.  But the figure of 100 per day marks the low end of the estimation scale, with 158 per day at the high end.

So, what’s not to like about being the fastest growing city in the USA?   Wouldn’t any city salivate at the chance to own that crown?   Well, yes, it is safe to say that business is booming in Austin.  If one phrase could be used to describe the new urbanites in Austin, it would be “young and hip.”  While not all of the young professionals work in the high tech industry, they are indeed tech savvy.  Austin venture capital firms have spawned the growth of innovative startup companies in a broad range of fields.  Generous tax incentives to Apple, Samsung, and even a high-end outdoor shopping complex, The Domain, have lured a steady stream of businesses to town.  The shopping center incentives drew loud protests and an unsuccessful ballot initiative to have them repealed.  The City then followed up with a healthy round of fee waivers for a downtown convention center hotel.  Again, the protestors clamored for an explanation as to why a hotel chain would need an incentive to build in the hottest city in the country.  At the same time the Texas Legislature delivered severe cuts to local school districts, then added to the districts’ pain by awarding a basket of school tax exemptions to incoming businesses.  Some admire the incentives; others call it “corporate welfare.”

What about the large segments of the population who were here before the big boom happened?  In the shadows of the newfound glitz and glamour that has charmed the downtown corridors of Austin are the leftover “regular people.”  Retired school teachers and state retirees have not received a cost of living pay increase since 2001.  Those people, along with tens of thousands of other low to moderate-income residents face skyrocketing property taxes, escalating tax assessments on their modest homes, and rapidly rising utility bills.  Of course, the story of local displacement in a growing, prosperous city is nothing new.  Gentrification has happened in San Francisco, Portland and lots of other places.  And yet there is something stunning about the rapid pace at which the Austin transition is occurring.  The Great Recession may have slowed things down slightly in Austin, but only very slightly.  The effort to pay for the growth has pushed both City of Austin and Travis County property tax rates up a full 25% between 2008 and 2012.

The voters of Austin, historically proud of their clean and attractive city’s stellar reputation, have willingly ponied up to support bond propositions for the schools, as well as bonds to pay for City and County capital projects.  But a couple of years ago, a new watchword found its way into the local political lexicon.  Affordability.  A person cannot attend a civic function or a political campaign forum without hearing “affordability” mentioned countless times.  The annual budget hearings for the City and County, which once drew large interest groups asking for more money for this and that pet project have all but disappeared.  The lineup of speakers these days delivers the same message in multiple-part harmony.  “Don’t raise our taxes any higher.  We just can’t afford it!”

And so what many predicted would happen fairly soon did happen in the spring of 2013, when two out of four bond propositions for the Austin Independent School District failed at the ballot box.  It was the first time that had happened since 1989.  Between now and November of 2014, local voters will be asked to approve half a billion dollars for Austin Community College building expansion and renovation, upwards of $343 million for a downtown skyscraper to house Travis County’s civil and family courts, and another $275 million for the first phase of Austin Mayor Lee Leffingwell’s proposed urban rail project.

The Austin City Council routinely sets their annual budget target using the maximum property tax increase allowed by law.  Then they publicize an additional “budget shortfall” amount to the media.  Everyone clamors for them to whittle down the shortfall.  But when they do, they have only reduced it back down to where they started – which generates the highest property tax increase they can get.  Just close your eyes and try to imagine if our community could sustain another 10 years of budget increases of the same magnitude.  Could you sustain it with your paycheck?  Or would you just be looking at Austin in your rear view mirror?

Here is an outline of topics and relevant data from newspaper articles and radio and TV websites.

3.“Through the Roof – Cost of Living in Austin Is ‘Out of Reach’ for Most Renters.”  Austin Chronicle, March 23, 2012.  This article includes an interesting discussion of the displacement of low-income families from a historically affordable neighborhood along East Riverside Drive.  A single City zoning change led to a snowball effect that changed the lives of a large number of residents.  A valuable segment of Austin’s dwindling supply of affordable housing was wiped out.  One can only hope that voters will approve a badly needed program for affordable housing in the fall.

4.“Where Have Austin’s Urban Children Gone?” Austin American-Statesman, April 24, 2011
The “Big Picture” of Austin’s growth reveals a disturbing pattern of outward migration by families with children.  Many young families who transfer here to start a new job try to find a home in a Central City neighborhood.  But those who locate to a close-in neighborhood find that the convenience of avoiding a long commute comes with a hefty price tag.  So much so, that it doesn’t take long for them to join the rapidly increasing migration to the outer reaches of the City or County.  This phenomenon depresses the population of children in the inner city schools.  The next refrain in that particular song is announced school closings, followed by hollering neighborhood protests.

24.”Big Increase In Next Year’s Proposed (City) Budget,” MyFox Austin, August 1, 2013.  New taxes and fees totaling $14.39 per month for the average Austin family.  This does not include Travis County, Central Health, ACC, or the school district.

27. “Austin Ranked Best for Everything and Everyone,” Austin Business Journal, June 20, 2012

31.”Cost of Infrastructure to Serve New Residential Development,” Fodor & Associates, Jan. 2011.  Austin only collects two of the four types of impact fees allowed under Texas law.  Their water and wastewater impact fees only recover 38% of the full cost.  The rest is paid by all City ratepayers.  Austin’s growth is not paying for itself.